Sorry, you need to enable JavaScript to visit this website.
Go Back

Initiative began with 15 schools, which undertook to share information and cooperate on joint projects regarding global and unprecedented phenomena. There are now 33 schools in the LSGL. 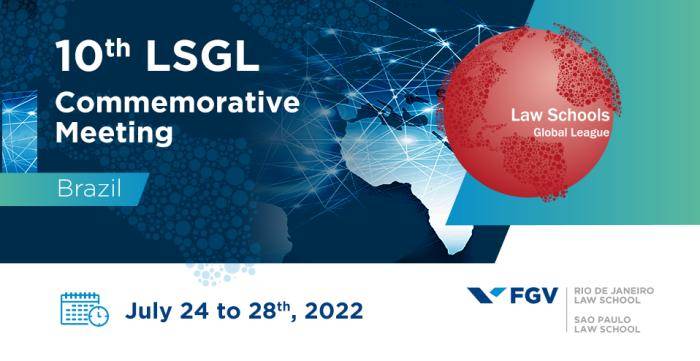 In 2012, 15 law schools in various countries joined forces to create the Legal Schools Global League (LSGL). The goal was to bring together international law schools that had been looking with interest at the profound changes set in motion by globalization and the strong impact of this process on education and legal systems, demanding new responses from legal professionals. To mark the LSGL’s 10th anniversary, Fundação Getulio Vargas’ law schools in Sao Paulo and Rio de Janeiro are holding the 10th Meeting of the Law Schools Global League, between July 25 and 28.

The event will bring together member schools to take stock of the achievements of the last decade and reflect on key challenges that will have to be tackled in the coming years. The meeting will begin on July 24, with a cocktail reception for the deans, professors and teams of the LSGL’s member schools.

Ten years ago, there was great concern about the need to train new legal professionals who would work in a more complex and cosmopolitan environment. This demanded a more internationalized, multidisciplinary education, incorporating skills and competencies that were not generally taught in law courses. The LSGL now has 33 member schools in various countries.

According to Oscar Vilhena Vieira, the dean of the FGV Sao Paulo Law School, the globalization process is now in a complex situation, given the growth of nationalism and discussions about climate, information technology and democratic values, which are under attack in many parts of the world.

“In recent years, we have seen growing trade wars and greater geopolitical instability. Populist regimes have advanced, but there have also been efforts to mitigate the climate crisis and better regulate the financial system and social networks. All this has become part of the agenda of legal professionals,” he says.

According to Sérgio Guerra, the dean of the FGV Rio de Janeiro Law School, these transformations have also forced schools to adopt new teaching and research methods and to add new subjects to their curricula that are fundamental to lawyers’ work and that are in other areas of knowledge.

“Contemporary lawyers need to have dialogue with other areas of knowledge, such as economics, administration and technology, and to improve their skills at negotiating, leading and communicating their ideas,” he says.