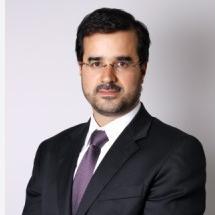 Professor at FGV Sao Paulo Law School. He holds a Bachelor of Law from the University of São Paulo (L.L.B.), as well as a Masters (LL.M.) and a Ph.D. (J.S.D.) from Yale Law School. He was a fellow at the ISP-Information Society Project (Yale) and a student of the Summer PhD Program at Oxford Internet Institute. He was a visiting professor at the University of Florida (Gainsville) and a visiting researcher at King's College London (KCL).
His research agenda addresses Competition Law and Regulation, with books and articles published in Brazil and abroad. He has participated as a speaker at national and international forums, including the ICN General Conference, the ICN Cartel Workshop, the ABA Antitrust Spring Meeting, the BRICS Conference on Competition Law, and the Information Society Project at Yale.
In public service, he served as Director of the Department of Economic Protection and Defense, of the Secretariat of Economic Law of the Ministry of Justice (SDE), where he coordinated the application of antitrust law in Brazil (1999-2000). During his tenure, he also served on government committees and working groups in infrastructure sectors under privatization and intense regulatory change.
In private practice, he is the founding partner and co-responsible for the areas of antitrust and regulation at Pereira Neto | Macedo Advogados (PNM). He is also International Director of the Brazilian Institute for Studies on Competition, Consumption, and International Trade (IBRAC).
Courses offered:
- Economic Law and Regulation
- Competition Law
- Antitrust Law 2.0: Competition in the Digital Age
- Regulation of Infrastructure Sectors
- Competition Law in Regulated Sectors

Research bodies
Center for Teaching and Research on Innovation (CEPI)